I Wasn't Going To Post Today...This is for Ms. Moon and Elizabeth...

As it is Memorial Day here, I'm re-posting something from 2009 about one of my childhood heroes who stood at the forefront of non-violence and Civil Rights. I wish all of you a lovely evening. 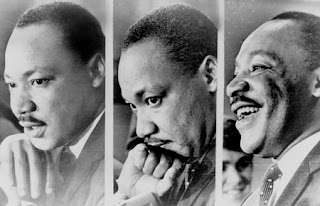 Photo taken from http://www.civilrightspictures.com/ on January 18, 2009, by the owner of this blog. This photo is used for illustrative purposes only. It will not be sold or used for profit in any way. The website from which this photo was taken allows this photo to be used free of charge for educational purposes on personal and educational websites and in personal e-mails.

The writing on this blog is the work of its owner and should not be used without permission.

The first recollection I have of the word "pacifist" is in connection with Martin Luther King, Jr, and protests for both Civil Rights and an end to the war in Vietnam. Residing in a community dominated by both military and government employees, the questions asked of my parents and teachers were often met with cautious responses.

"What is a pacifist?," was one of the first. The initial response, "Why are you asking?" then led to a series of even more provocative inquiries on my part that culminated in the simplistic reply, "A pacifist is someone who does not believe in violence."

When I pointed out that killing people only resulted in more people getting killed and asked why both sides could not just stop and talk with each other, my exasperated mother conceded the point that talking was indeed a better solution than shooting or dropping bombs.

Her frustration reached new heights when I observed that it was wrong to put Mr. King in jail just for standing up for people who could not stand up for themselves, then wondering aloud why everyone did not have the same rights, despite differences in their houses, the color of their skin or where they were from. She knew I was right, but offered no satisfactory answers as to why the rest of the world did not see things my way.

I knew by age nine that discrimination, cruelty and ignorance existed, for I had experienced them in my school and neighborhood, and so had my mother. I was growing up female in a world full of sexism, disabled in a school in which well-meaning teachers and neighbors, and even some doctors, were often ignorant.

Despite having the things many of my neighbors and their children had, I was also growing up in a Third World Nation, in which many neighborhoods overflowed with poverty. I also grew up around people from throughout the Caribbean, Central and South America as well as the United States and Mexico, and grew to love many of the wonderful foods, customs and cultural experiences that sprang from this exposure.
That this environment, coupled with personal experiences, also gave me a first-hand look at the differences in the way people are perceived and treated is no surprise. Indeed, the desire for fairness, equity and dignity for everyone , which I also later learned from Judaism, and first glimpsed through the eyes of a Baptist civil rights activist and minister on an old black and white television screen, remain at my core as a woman today.

As a citizen, I often find myself at odds with the activities and views of elected officials and wonder what we are coming to as a nation and as a member of a much larger and diverse planet. I am sure that years ago, Reverend King hoped fervently that through his and the actions of others, rampant prejudice would end, and that rights and human dignity would be respected.

Many people, including Reverend King, were forced to give their lives in pursuit of a better world for all. While much has changed, as evidenced by the historical election of Barack Obama, we dare not forget the past nor can we assume that the battle against racism, sexism, homophobia, ageism and other forms of prejudice is over. There is still much we can do personally and politically, and I hope, non-violently. 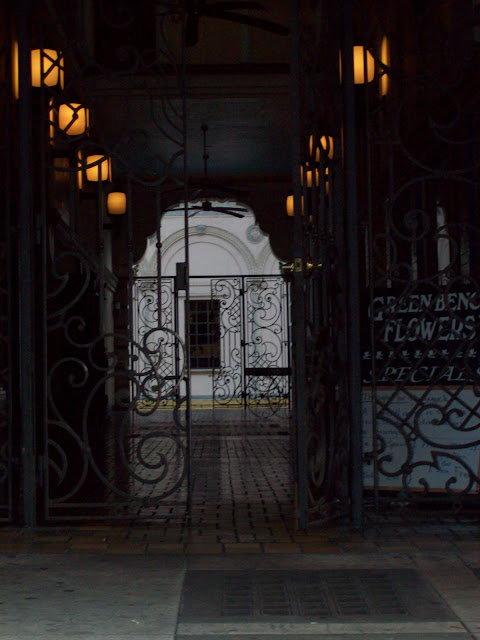 I have always found portals intriguing. This photo, first published here on January 22, 2009, remains a favourite. What do you think?
Posted by e at 6:20 PM 7 comments:

This post and photo were originally posted March 1, 2009. Both are by this blog's owner and are reprised here for your enjoyment. It has been raining all afternoon and evening here and the cicadas are out in force, their throaty symphony a reminder that summer rains have started.

Watching the sky slowly stew before graying,
I felt
Before seeing,
tiny droplets pelt
the surface of my shoulders.

First shy, then insistent,
a lover's fingers
brushing, then caressing skin,
drawing a surprised breath
at the mysteries of full embrace. 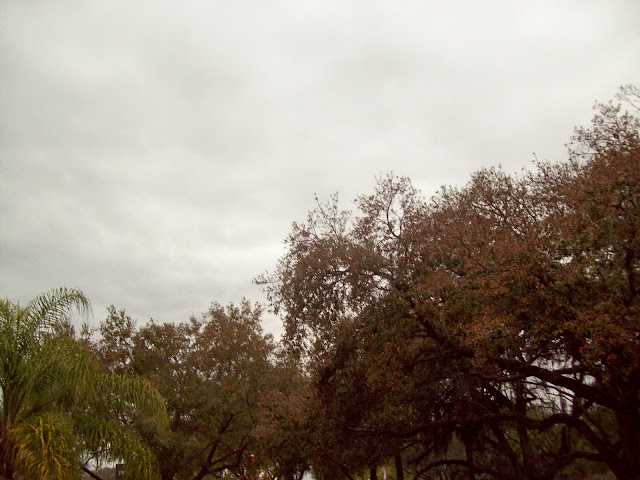 After being sick and indoors for most of the last fourteen days, I was able to complete my grocery stock up in record time and after a spot of late lunch, decided to take a roll to the 7-Eleven store about a mile down the sidewalk from the flat. I've done this several times, and though the sidewalk runs along side an eight-lane, heavily travelled road and is uneven in places. this has never been a problem.

I thought I would simply get a bit of air and exercise, purchase a phone card and return home. What happened instead is something that most of those whom I know as wheelchair users dread...

About three-quarters of the way there, despite vigilant attention to the surroundings, I suddenly veered from the sidewalk into the grassy ravine as my chair fell sideways and I was pitched out rather unceremoniously on my side. Rolling carefully on to my backside, I sat for a moment, trying to figure out how I was going to right the chair, lock it and get myself up and seated correctly.

Determining that the only thing that was hurt was my pride, I was about to reach for my mobile when several strangers approached, offering help. One was a woman with a young girl and the others were men. One got the chair up and locked and then assisted me while the lady helped me up. The whole thing was over in a flash and as I thanked each of them for stopping, several things were rolling around in my brain.

One involves our notions of independence. I think of myself as an independent women, even as I understand that my independence is different from that which I had while walking. Because of the balance and gait issues involved in my original disability, cerebral palsy, I fell a lot as a child and so learned how to fall. I never suffered a broken bone, sprain or further head injury as a result and was extremely active until the age of 50 when my right knee became so badly damaged from wear and tear and thus unstable and painful, that my doctor and physiotherapists felt a chair was in my best interest because total knee replacement would be of no benefit to me.

Prior to this event, I walked a lot, despite worsening arthritis, taking stairs, doing yoga, swimming and horseback riding. I also did most of my own housekeeping until a back problem developed after I was rear-ended in a car in 2004.

Learning to live from a chair is no easy task, but live, I do. So do many other wheelchair users. Before getting my chair, there were many times I was simply stuck at home and falling accidents were increasingly the order of the day because my battered leg would give out anywhere. I have the scars to prove it as well as capped teeth, despite having learned how to fall as a kid, and have learned myriad things in the almost four years since getting my chair.

Independence changes with time and one must adapt. I have gone from working to not, from driving to not, from standing and walking to standing rarely. Public and para transit transportation require advance reservations and planning, which means I must be organised. Outings such as the one today require constant attention to traffic, noise, terrane, weather and other people or animals that may be about. Gravity, particularly on a downward slope, can assist, but one must hold on to slow its impact and avoid crashing.

I have become adept at time management, organisation, planning and thinking outside the box. I also understand, however, that there are real limits to things for me as well as in the world, something many people never seem to learn. I sometimes reach mine and resort to sarcasm or gallows humour and I have never been afraid to speak up or say thank you when people are genuinely kind.

Do I sometimes wish my life was different or somehow less complicated? You bet...
But what I wish more is that our so-called accessible thoroughfares were actually so and that I did not need to blog about these issues as often as I do. I take nothing for granted and wish I did not have to roll heads in order for the non-disabled portion of the population  to get the message.

I am not embarrassed that I fell as much as I am grateful that I will live to see another day...and on this note, I bid you all good night. 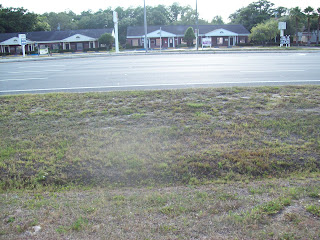 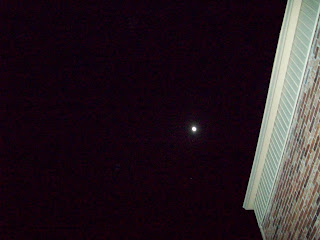 Some Days I Really Miss Working...

I'm into the second week of this cold, which is proving hard to shift, no matter how much sleep I get or how much fluid I consume. The coughing is still driving me mad as well, particularly when I lie down. The other day, after doing two loads of laundry, washing the dishes, cleaning the cat's box and dealing with the household rubbish, I actually fell asleep, deep in the comforts of Godot (my wheelchair). Had it not been for the blaring claxon of an emergency vehicle on the road beyond my bedroom window, I could easily have napped away the afternoon...

Tomorrow, it is off to the doc for me...

What are you up to this week?

Yep...Something nasty has me in its grip at the moment...
For the time being, I'll be off blog and trying to sleep between coughing spells...