This Monday bears no resemblance to the last. It has been peaceful, the weather has been great and I had a lovely time with friends at their second night of Passover seder on Saturday. The meal was wonderful and the re-telling of the Passover story was both abbreviated enough so nothing got cold and entertaining due to the presence of teens, one of whom showed herself to be a tough negotiator when she had to release the final piece of hidden matzah at the conclusion of the meal.

As for me, the only plans I have this week involve enjoying some outdoor time before a sweltering summer arrives.  The bills, correspondence and laundry have all been done, the tax preparer paid and cat food ordered. I may make a trip to the library this week though since more and more services are available online, that may not be necessary.

As a confirmed and lifelong bibliophile, I sometimes suffer library withdrawal, especially since I now read primarily via a Kindle. The nice thing about that is that many books from the library can be downloaded, and when read within their borrowing period, disappear without a trace.

When I was a kid, one of the first things my mother did was instill the habit of keeping all of our library books in one place to avoid loss, damage or overdue fines. I quickly learned that stashing mine beneath my bed wasn't always the best idea if the resident feline was in the mood for batting, chewing or tearing. After one incident, and a rather tearful explanation to a skeptical librarian from me, my mother ordered a new book, waited weeks for it to arrive and threatened me with bodily harm if I didn't learn to keep any books off the floor.

I also miss the heft of a book in one's hand and the smell of the stacks...What about you, dear readers? 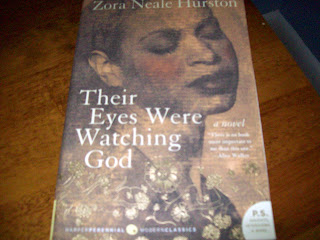 April 15 is the day all good citizens are compelled to pay taxes. Thus, I found myself on the horn to my friendly CPA asking where my return was since there was no sign of it in my email. After two more calls, I received the correct documents only to worry about whether my online payment went through to the IRS. Confirmation has since arrived.

Complicating this scenario was the appointment with my AC guy who showed up a bit late after I called when he did not appear 9 AM as promised.

After determining that my lack of cooling stemmed not from any problem with the air conditioning unit but from the tarp on our rooftop, our site manager appeared with condo president in tow. She started to tell me I should just wait until the tarp was removed when he interjected to say I had summoned the correct person to diagnose the problem. Roofers were to have appeared today and have not. So just how much longer this tarp situation will occur I have no clue. I started to ask how many more days of 80 degree temperatures I was expected to endure inside, particularly since summer is on our doorstep but instead chose to have the AC man and and our site manager, a general contractor, converse on the matter.

The upshot is that the AC guy climbed on the roof and with help from another individual, folded over the section of tarp covering my unit. Additionally, his explanation of the problem was sufficient enough to get him a check from my condo association for his time, an expense I am only too happy to forego. When I told him that I had previously been told that the tarp had been adjusted so as not to interfere with my air compressor, he smiled and said, "They lied."

He added that he had never seen anything quite like this tarp and thinks of this place as a three-ring circus featuring a yes-man. I've known this for a long time. Still, it is good when an outsider confirms my existing experience. Our site manager hires people but does not check their work. In his mid-sixties, he is fat and has been injured, so does not climb onto rooftops. Those hired by this association appear to have little in the way of "work ethic," an apparently dying concept in this country.

Amid tax payment and AC contingent, a phone call from a friend brought a hot lunch and coffee. Both were sorely needed as I had no breakfast while awaiting the AC guy. Tonight, another friend will visit and help with Lukas's monthly flea treatment. Tomorrow, both the bug guy and the massage therapist are due.

In the meantime, a basket of laundry and a mop, not to mention a staring cat, are calling to me. I'd much rather read but that doesn't wash underwear.

Curiosity does more than kill cats...

It is 80 degrees in my flat as it approaches midnight. The air conditioning once again is not cooling and I suspect a lack of freon since both motor and fan function. Added to this, Paul the friendly palmetto bug and one of his cousins have been seen not only in my place but on my person. I've left a message for the exterminator and the AC guy will be here Monday.

The best remedy for banishment of bugs is cleaning, so yours truly will be wrestling with  the Swiffer in the morning. The tarp is finally gone from the upper part of our roof and as the ceiling fan whirs over my head, I'm grateful the day is done and tomorrow will be a clean slate.

I've been doing some amateur sleuthing of the genealogical variety driven mostly by my curiosity about a grandmother about whom I knew little. My maternal grandparents helped raise me and that grandmother traced lineage all the way back to the signing of the Magna Carta. Her family are among the pioneers of Florida and she has links to upstate New York as well.

The other, as it turns out, has much deeper roots to this state than I ever realized courtesy of her mother's family.They remain well known throughout several counties in my surrounding area and had a county named for them. This grandmother, it would appear, lived a modest life marred by tragedy. Left with more questions than answers from my explorations, I attempted to contact a cousin about whom I'd never heard. Unfortunately, I've received no response and feel ambivalence about continuing with this endeavor as it is stirring old feelings I did not know were still there.

As the kids say, it is complicated... 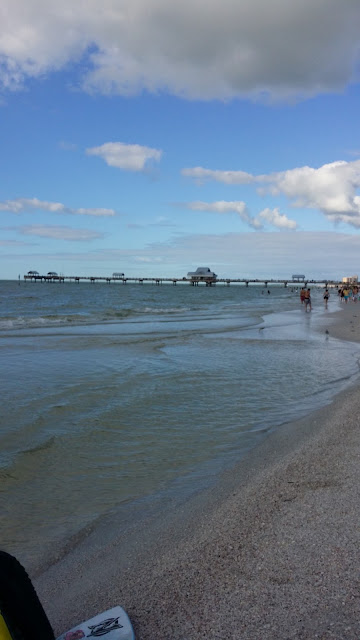 Have you ever had an experience with a customer service person that perhaps convinced you that either they or you might be on another planet? This has been my recent experience with the vendor responsible for grocery delivery from the stores in my area. Not only did they charge for two orders on one date, but when asked about this, their representative claimed that my bank was at fault when I had already spoken to my credit union and my credit card issuer and knew this not to be the case. I got no further reply on the matter but did determine that one of the pending charges was removed.

Additionally, however, I've noted an increase in prices for items online that differ from those in-store and I pay both delivery and service charges as well as tipping the delivery person. While I am saving time and cab fare, I'm actually buying less food and paying more for it, even at Aldi.

The good news this week is that Lukas got a good re-check report from his veterinarian. His thyroid radiation treatment was successful, he's gained two pounds and his heart murmur has resolved. She wants to keep an eye on his kidney function and water consumption and will see him again this summer. I do hope this boy isn't developing kidney disease. I'm not sure I can take the rollercoaster ride I had with Jacob once more and poor Lukas has already been homeless, injured, ill and re-homed to me, so I hope he is spared anything else.

Our weather has been cool and rainy today, the perfect time for a massage and a good book. The cost of the massage per week is well worth it since my chronic pain is reduced. It isn't a relaxation massage but rather a deep unraveling of constantly tightening tissues that are part and parcel of my original and lifelong disability.This scenario is further complicated by other issues which are chronic and associated with my original condition, including joint wear-and-tear. In addition to these, a low back injury due to being rear-ended in a car fifteen years ago completes the list for now. At almost sixty, I sometimes feel the weight of age in ways my non-disabled friends do not yet and take nothing for granted.

Since my latest bout of upper respiratory crud and a cough which lingered for over a month, I am attempting to re-establish a healthier sleep pattern. It is slow going and the best benefit so far is that Lukas now spends more time cuddled with me than he did previously.

The tarp remains over a section of our rooftop, I've heard no more about bees or bats and nothing further as to the sale of this place though I've been told that could take a year or more to complete.

Wishing everyone a good week... 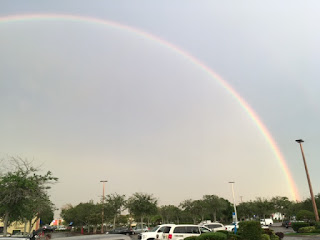