Yesterday was as lovely as any solo day can be. It was quiet with no workers afoot and the noisiest of my neighbors appeared to have decamped until nightfall.

I did a few chores, then enjoyed some time long distance with a friend I've known since childhood and with whom I grew up. My brief foray into social media today included photos of friends with family members who work with the public or in schools all clustered up together indoors sans masks or any attempt at social distancing. Another friend went over to her son, who had recently taken a flight to the mid west. Neither shows an abundance of caution which gives me pause.

My subscription service offered a range of food-themed mysteries to binge-watch for the holiday and I enjoyed several episodes before fixing a light seafood meal, vegetables and salad. I lit a candle and served everything on a Limoge luncheon plate, perfect for smaller portions. A small pot of Davidson's Vanilla Cream Dessert Tea and some chocolate wrapped things up nicely and the washing up was a breeze. Leftovers will be eaten this weekend.

A documentary about the origins and history of tea and how it became a British staple first for the aristocracy and then everyone else, proved more interesting than I imagined. Because I drink more tea than coffee, I enjoyed learning its history and have often thought that in a different body and life, I might have become a tea master. Another episode featured a group of modern-day artists and artisans in a Victorian house in Wales. They lived and worked there for a period of weeks re-decorating the house with their particular skills but using the methods of the Victorian-era with some interesting results. The history behind their creations was as interesting to me as the products for the home, whether curtain cloth, fire dogs or bowls from which to eat. Murdoch Mysteries and Essie Davis as the wonderful Phrynie Fisher, made for an enjoyable night.

The Fisher series is based on books by Kerry Greenwood which I've yet to try. There is now a sixties spin-off of the same Australian series in which the main character is Miss Fisher's sleuthing niece, Peregrine. I love the clothes, hair, furnishings and cars, and the twists and turns the independent detective works out. Both the original and new plot lines offer a lens on contemporary feminism through the past.

The last several says here have seen a shift to cooler weather. Busily working on family history and starting a tree for extended family, I've found myself in the unenviable position of discovering a live person who may be an unknown half-sibling to an aunt by marriage and her remaining sister.

I'm not sure she even wants this information and apart from suggesting that it is possible I await record confirmation which her daughter will do in the UK.

Additionally, I've begun the rather laborious process of creating a separate tree with the information I have collected for them just so I can keep my own tree for those with whom I share DNA.

My very Southern maternal grandmother's Quaker lines are now taking me beyond the Catskills and into Connecticut, Rhode Island and Massachusetts.

Apart from this, there was the election and finally the least dignified concession anyone has ever seen.

As we all wonder what may happen next, the president-elect is getting on with the things he can and should. It will be refreshing to have adults at the helm once more.

My thanks to those of you who left kind words regarding Lukas. For the moment, he soldiers on, eating and taking his Miralax. He has started sleeping with me and otherwise enjoys his comforts.

I wish all of my American readers a happy and safe Thanksgiving, 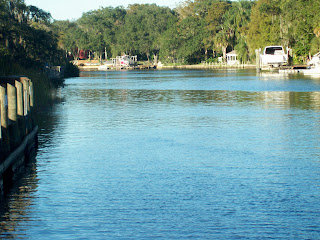 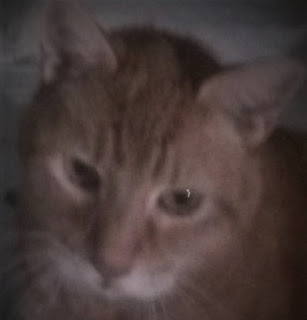 The most recent weather forecast gives my area an eighty percent chance of tropical storm, possible tornadoes and increased chance of flash flooding today and into tomorrow. That means rain, wind and water. I'm fortunate not to be on the coast or on a large body of water and north of more flood-prone areas, I plan to do laundry, clean, read, and cook a meal for later today. Unless we have power outages.

Our rain and wind have been minimal although I did get caught out in pelting rain last night which was cold and made getting back inside difficult because both my hands and the rims of my chair were soaked.

A hot shower and a cup of tea remedied that quickly but I've have been up since 3:30 AM with both a call of nature and a ravenous cat.

Lukas will be ten by age estimate in January and has been newly diagnosed with the first stages of kidney disease, This is an incurable condition and one which will end in renal failure and death. How long he has until that point is anyone's guess but the roller coaster of symptoms has begun as I now give him both Mira Lax powder and pureed pumpkin mixed in to his prescription food so that he will poop regularly. Pumpkin also provides fiber and additional liquid. Constipation in cats for more than a day signals a serious problem and since I would need someone to shuttle him to the vet, and we have a worsening pandemic on our hands, he may not have the advantage of the enemas my vet gave my fifteen year old cat Jacob six or seven times.

Jacob was able to retain his appetite, avoid blockage and the development of another incurable problem called megacolon because I was able to get him to the vet swiftly. He died one year after diagnosis, aged sixteen. Lukas may have a much shorter lifespan, the fact of which breaks my heart.

Lukas is a sweet soul who deserves so much more than this...