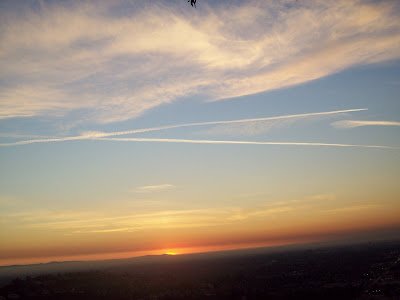 I leave you to think about this and wherever it takes you...

Email ThisBlogThis!Share to TwitterShare to FacebookShare to Pinterest
Labels: Sunset;

I have been experimenting with my digital camera, trying to get interesting captures of shadows, particularly as evenings lengthen and the seasons change...

So far, I've netted pictures so dark that all one sees is blackness, the grays and whites of shadowed limbs and other things almost indiscernible.

Can anyone offer advice? If so, kindly send an email to which I'll respond.

The flat batteries have been replaced and I've a new charger as well, so this isn't the camera but the user who is the problem.

It has been an interesting couple of weeks. I've been asked back to the specialised library in which I volunteered prior to beginning this blog. I will be doing the work of an archivist, describing and organising a specific collection and creating a finding aid for those that want to access it for research purposes.

I am also looking into taking a class, though I know not where yet, so blogging will be brief for the foreseeble future. I'll let you all know more as it unfolds. All will be good to put on the CV and I can make the best use of time away from paid employment, which in this area, has shown little to no improvement.

What would you do with the gift of time? 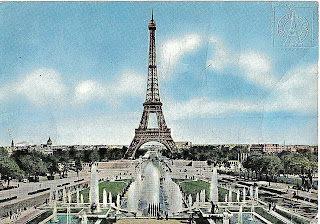 Making our way down the ink-black street, on a late July night, the first thing my parents and I took notice of was the quiet. Walking just blocks from our Paris hotel, we found the restaurant recommended by the concierge for a late dinner.

Opening a door at the street, we mounted a series of steps taking us into a large room. Bathed in the semi-darkness of candlelight, it held few diners and from where we were seated, the two large swinging doors led into the kitchen, out of which our harried waiter soon appeared.

After taking our order, the soup course was quickly dispatched. I was about to take the first spoonful when my mother's hand landed atop mine and she hissed, "Wait."

Concerned about a possible breach of etiquette, I looked into her face, seeing complete dismay, then noted her spoon as she checked from the bottom of her bowl upward. Taking mine, she did the same motion, unfortunately with the same result. She then looked at my dad and said, "I need to check that."

He handed over his uneaten soup, waited for her to look and wordlessly went in search of the chef. Seeing him depart the table, the waiter materialised and demanded to know the nature of our problem.

My mother knew a few words of French, all of them polite. She had no way to tell the man that Madame was was livid. It was down to me, showing the waiter the contents of all three bowls, spreading the findings on a pristine cloth napkin for closer inspection and saying, "Les cafards," before his face went ashen, then white, and he sputtered apologies.

Parisian waiters are known for being a bit brusque, so his reaction, overheard by a friend of the chef at the next table, soon brought out the chef and his staff, with my dad bringing up the rear.

Despite repeated assurances that the kitchen was clean and there were no insects anywhere, the chef looked through all of our soup bowls and glanced at the napkin, his face flaming.

He looked briefly at Madame, then at me before giving apologies to my father for this "irregularity."

Our omelettes were inspected and then eaten in silence.

I do not recall the name of the establishment. I am told by various bloggers in France that it is indeed uncommon to encounter soup teeming with anything other than its original ingredients.