For the first time in twenty years, I have only one pet in the household. Throughout his eleven years with me, this cat has never been solo and is not sure what to think of this situation. He vacillates from enjoying my attention to walking around meowing without any apparent provocation. I know he is mourning, and as creatures of routine, cats generally do not enjoy the world as they know it changing.

The other unanticipated aspect of this sudden alteration in domesticity is that I verge on becoming a neurotic cat parent. He has hit the magic number fifteen which is the average lifespan in years for a domestic cat in this country, and I am now hyper-attentive to his appetite, sleep, box habits, play and moods, lest I miss any sign of slowly developing illness.

Having spoken to his veterinarian, I know that it is not uncommon for older cats to develop chronic conditions rapidly, as was the case with my sixteen-year-old female, who in September, had a blood work up and received a clean bill of health, as did he. The second tidbit here is that cats can mourn for extended periods, and not eating can trigger liver problems. Additionally, being awakened at four in the morning by a sentient creature pleading for attention or food repeatedly is exhausting. I've toughed this out twice already and will do so again as there is no choice. Both of our reactions are also quite common and I know that things will eventually settle into a new rhythm here.

On a happier note, Thanksgiving weekend was lovely and included wonderful food, friends and an outing to a nearby park and nature center. This is the perfect time of year for parks as they are neither too hot nor too crowded. The fresh air and boardwalk did wonders for my malaise. Wishing everyone a good week. 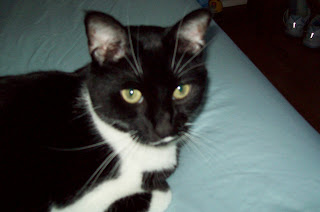 I've always viewed Thanksgiving as a happy segue to the end of the year and while I will enjoy sharing food and time with dear friends at their home, the sense of buoyancy is noticeably missing. Lack of sleep and stress certainly play a role there, but there is something more and it is very frightening: A feeling of trepidation that I've been unable to shake.

This country is morphing into a place I no longer recognize as a safe place to call home. Having lived through the eighties and known people who died as a direct result of government policies, having marched both in Washington and my State capitol, written letters to politicians and officials of every stripe, campaigned and spoken out at every available opportunity, I am devastated to see the potential undoing of all of that.

When legislators speak about gutting Social Security and Medicare as well as our safety net for the poor, the direct consequence of those actions mean that some of us will die, and having reached a point in my life at which I no longer earn and put in, but withdraw Social Security and use Medicare, my life and well being are under threat. I am also disabled and have been mocked in public, female and have been reduced to body parts by a man who should never come near a position of leadership let alone the presidency of this country. As a Jew, I am frightened not of my Muslim neighbors but our coming fascist, white supremacist, racist leadership.

When friends glibly say that they will fight, I wonder how because it seems that what is more likely to happen is that people will hunker down, shrink into the background and not make waves. It will be interesting to see the tipping point between fear and frustration.

Tomorrow, I will hope that the solace of good friends is enough because beyond the myths that people tell themselves about this being a great country, friends are all that remain.
Posted by e at 1:12 PM 7 comments:

Phoebe at the Rainbow Bridge...


Rest in peace pretty girl. It was a pleasure to raise you... 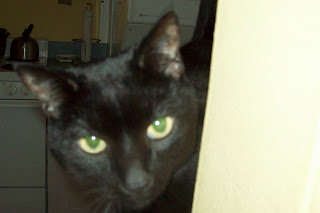 My almost seventeen-year-old, Phoebe, was taken in to Blue Pearl, the specialist and emergency pet hospital here. She became lethargic, not eating or drinking, not using the box and unable to vomit last evening. A battery of tests and blood work will hopefully get to the bottom of things later today. I am worried and beyond tired at this point. Heartfelt thanks to my friend who loves animals as much as I do that she was off today and able to get us there quickly. 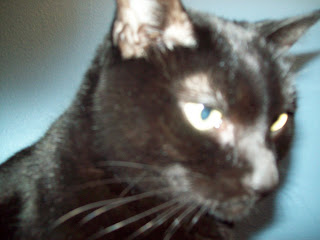 Socked in the gut yet again...

Amid the doldrums following our election and the nastiness at a nearby mall, I have received news of a dear friend with stage four cancer. All I can think today is that everything sucks, especially for her whose diagnosis is still fresh...

Apologies for having been a bit mum but I am not in any frame of mind for a chat. I hope those of you who read here will understand. I don't know what else to say beyond wishing everyone a good weekend.
Posted by e at 10:22 AM 8 comments:

Despite feeling saddened by events of the last two days, I ventured out for some fresh air only to run into a person I did not know loudly expounding on Donald's Trump's recent victory. A small crowd had formed around this man and as I sought to wheel quietly by, he caught sight of me and his voice raised, started coming towards me. I kept on going, and he only stopped when I pulled out my phone and said I would call the cops unless he backed up. Fortunately for us both, he did as a few people persuaded him to quiet down. I've never liked malls and won't be going alone to another anytime soon. I suspect worse may be coming and sooner than we all think...

Tomorrow, I'm going to lunch with a friend. Hopefully, we'll eat in as much peace as can now be had in this crazy country.
Posted by e at 4:10 PM 12 comments:

My mother would be seventy-eight today if she was still living. She died at fifty-nine of lung cancer. I cannot think of another individual on this planet with whom I have had as complicated a relationship, nor anyone whose mention stirs a wealth of sadness, anger and devotion.

I would not be here without her but was not always sure that my presence in her life was desired, particularly in the face of our growing differences as I became an adult. While she  may have equated some of these with her idea of rebellion, they have remained with me throughout my life and were never a matter of wanting to rankle or displease. It can be difficult cultivating a spirit, personality or worldview in the face of its opposite, particularly when your own experiences of living have been very different to those of your mother.

What she would think about the world today I can only guess. As her only living child, I   wish she had made it to old age or taken the chance to make some better choices on her own behalf at earlier points in life. Doing so may have made her a happier person though many people would never know the profound difference between her public life-of-the-party persona and the person she often became behind closed doors.

Now in my late fifties, I sometimes hear her echoed in thoughts, mannerisms, an unerring desire for fairness and my own lack of patience. My love of animals, books, reading and travel were spawned through watching her as a youngster and being given access to all of those things. More reserved and quieter by nature than she, I am also slower to anger and more likely to draw inward than to lash out. Politically and socially, she and I were poles apart as I embraced ideas and activism which were foreign to her and still do.

In honor of her birthday, I have done a variety of things over the years, from donating to literacy organizations to growing out and donating my hair for kids and others affected by cancer or other illnesses. This year, I am donating to a bird sanctuary. 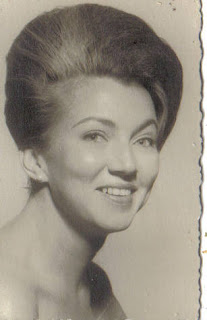 Extremely Sad, But Not Surprised...

I think that post title sums up what I feel today, and while I have felt the same after other elections none of those were to a man as divisive and contentious. I do not have a clue what may be on the horizon and I am both embarrassed and afraid for myself and this country.
Posted by e at 11:04 AM 6 comments: