What is your favorite sauce?

I've been experimenting with pasta toppings and sauces simply because I am tired of tomato or clam, the two I use most. Though pasta hasn't been a frequent meal in my house up to now,
because it is economical and food prices keep advancing, it is fast becoming a quick repast.

Many of you probably grew up eating spaghetti. Though it wasn't something my maternal grandmother ever made, my mother learned to make both meat sauce and a red sauce with minced clams. Civic groups often held spaghetti dinners and I do recall going to the Officers' Club for Spaghetti Night with my mother and her date as a kid and later with my stepfather. There was a blind pianist who provided music during dinner and even the nuns from our convent and Catholic school ventured out for that.

Another favorite of the civic set was a dish called Johnny Marzetti, a Midwest casserole featuring  in our part of the world Arturo sauce, tomatoes, onion, garlic, celery, olives, cheese and ground beef. It was cheap, easy to make and could be frozen. These days, Arturo sauce can only be found on Amazon and I've not eaten any version of this dish since leaving Panama.

It was not until my university days that I discovered pesto, chili mac or varieties of mac and cheese. To her credit, my mother, who loved convenience foods, never served mac and cheese from a box or later in any microwave presentation. She made her own and it was a treat because she never made it often enough for me. Though I can make it, I don't generally make large pans of anything as cooking for one with a small freezer means whatever I do produce gets eaten rather than stored.

Lately I have been buying frozen veg in various combinations one of which contains eggplant, peppers, onions, tomatoes and olive oil with basil. To this I add garlic, oregano, greens, more tomatoes and a topping of parmesan. It makes a hearty, chunky, veg laden sauce and is a great way to use up any bits of veg. 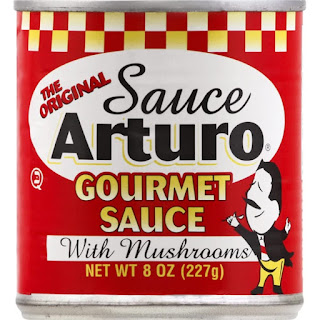 Omicron cases are falling, but this ‘stealth’ coronavirus variant is on the rise...Here we go again...

As if we needed anymore to worry about. BA 2 is on the rise, not mild and resistant to current monoclonal therapies...Don't throw your masks out yet...Dr. from Florida.
Posted by e at 6:00 AM 4 comments: 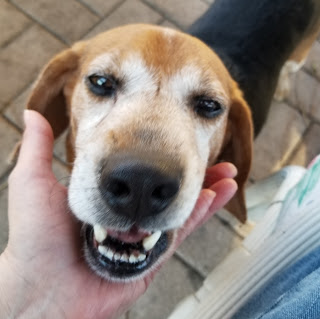 This sweet boy, an older beagle named Satchmo, was recently adopted by a dear friend and her husband from a local beagle rescue. Today, the friend and her dog paid a short visit to my door. He is cuter in the flesh and very friendly. We were masked and he on a leash, nose moving a mile a minute.

That brief encounter is the nearest I've been to another breathing being other than my cat since 2020.

Handel "Passacaglia" from Suite No 7 in G-minor Happy Wednesday! 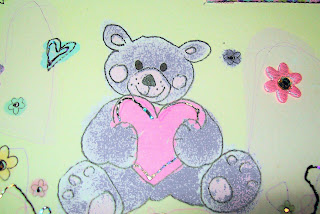 Whether you share the love of a partner, friend, family or beloved pet. wishing all of you a beautiful day!
Lukas and I are under blankets as it is 42 here currently.
Posted by e at 4:19 AM 8 comments:

My requests for books by the authors in different countries inhabited by bloggers netted two responses. Thank you Sue and Wilma/ I will read the recommendations and post accordingly. I am sorry more of you did not enjoy Juzzie Smith. His was the perfect pick-me-up for my rainy day of house work. The track was used in the Australian television series Wanted which is available on Netflix.

Lukas and I are fine and have been napping. I was so tired last night that I crawled into bed immediately after supper and was awakened by Lukas at midnight. After changing his box and re-supplying his food and water, removing the household trash and putting away dishes, I was wide awake and read for an hour or so before venturing back to bed. My elderly cat seems to prefer me to his sherpa for warmth and I am beginning to think his increased yowliness may in part be a bid for attention.

The friend upon whom I bestowed thank you flowers and chocolate has been kind enough to lend me a seldom-worn sweat shirt for those nights when I get cold and don't want to run the heat constantly. We have gotten down to 40 or so a few times recently and extra layers are appreciated.

I will be cooking this weekend. 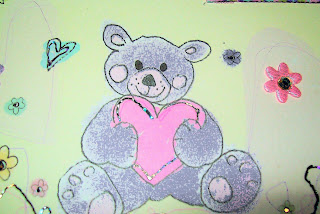 Up before the sun today courtesy of Lukas and his early bird breakfast special, I'm feeling the need for a nap. The dear friend who provides me soups. conversation and feline pedicures was the subject of an early morning order for flowers and chocolate which happily landed on my doorstep before 10 AM, a Valentine Day surprise thank you.

Deliveries have been harder to come by with more people home or out sick with Omicron, so I decided to try today rather than wait for a later date and risk not getting one around the fourteenth. She really doesn't do Valentine stuff and I wouldn't normally but it seemed a good way to say thanks and celebrate a friendship. If I know and like someone it is always nice to gift them something they'll enjoy. She said it was perfect for a Monday as she did not want to get up 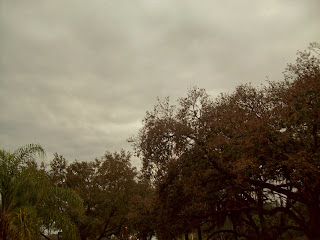 and go in to work. It feels good to spread a bit of cheer on an overcast day.

Wishing you all a good week!

I decided recently to up the ante on my reading. As an expat, I have frequent itchy feet, meaning I would love to go. Since travel isn't doable at this point, one way to deal with that urge is to read, blog or chat online. Several bloggers boast international locations so I have begun asking for authors from their locales. So far. only Australia and New Zealand have responded. Thank you, Sue. I await Wales, Belize, Cuba and other countries. 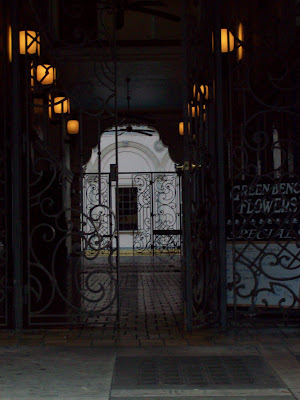 It is partly sunny here and a much warmer 77 degrees. I've finished some correspondence, done some clean up and fed my increasingly vocal feline who is now almost asleep.

He sometimes sounds distressed, very much like Jacob did at the end of his life with chronic kidney disease. There are myriad reasons possible for this including bad teeth, thyroid or kidney problems, infections or dementia, to name but a few. Unfortunately, Lukas is unable to see his vet tomorrow as planned. She returned from COVID leave a couple of days ago only to develop worsening symptoms and return home. I only hope she has not spread COVID to her staff.

The friend who was to  transport Lukas works for public health and uses N95 respirator masks. She has promised to trim his nails if I leave him in a carrier and stay in my bedroom masked and away from her. His nails have gotten so long that he is clacking when he walks and if I wait another month for the new appointment at the vet, there is a chance they may perforate his pads, which can cause bleeding and infection. The vet will need to do bloodwork for Lukas at the appointment and may need to adjust his blood pressure medication.

In the meantime, I will keep both in healing thoughts. 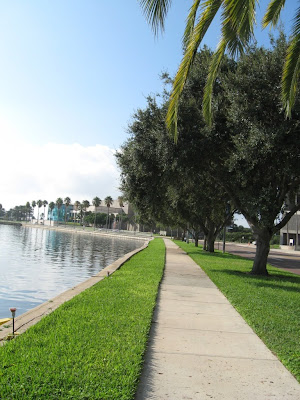