The boy made it home yesterday afternoon, and while each of us was delighted to see the other. I did not escape a telling off. Because this was briefly followed by head butts. purring and licking my hand, I did not mind. Our mutual admiration was short-lived when I discovered that Sir was not interested in his cuisine, nor would he cooperate in any way in taking his evening meds.

Normally calm and affectionate, Lukas was just plain moody. After a point, I simply gave up and went to bed, hoping some sleep would restore us both. That did not happen. If anything, he was more vocal and after refusing his meds and breakfast, I called the vet and was given a transdermal version of his appetite stimulant for pick up. Fortunately, our pet sitter was available and being the godsend she is, had the medicine on the doorstep in no time.

Lukas has now eaten, pooped, taken his meds by mouth and gone off for an afternoon's beauty rest.

While he was away, the modem which provides my internet access died. Another was shipped and arrived in less than 24 hours. I completed the installation with customer support in minutes and soon had everything working. 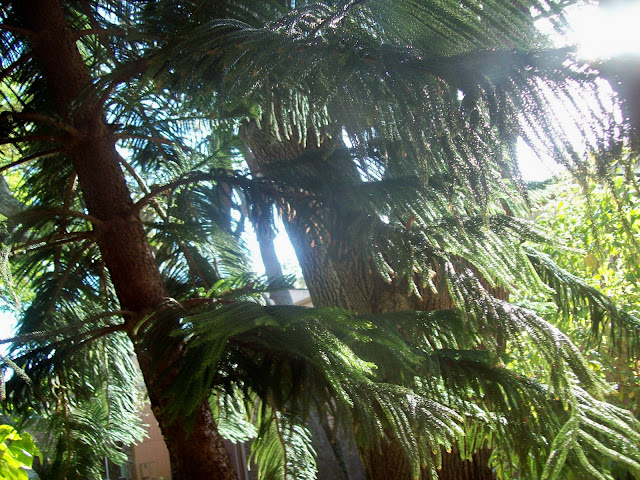 Lukas had a bad night. He repeatedly tried to go to the bathroom and could neither urinate nor defecate. He is quiet. has neither eaten nor drunk water since yesterday afternoon and I fear another de-ostipation procedure awaits him. Both the vet and the pet sitter have been alerted and the latter will be here as soon as her little ones are dropped at school.

Update: Lukas was treated without sedation and was able to pass some of the hardened contents but the vet was going to administer additional fluids in the hopes he would pass the remainder. She will do a kidney panel and check for UTI. That was at 11:45 AM. When I called at 3:40 PM for an evening update, I was to receive a call back prior to closing which I did not. I hope he will be comfortable through the night.

Update: Lukas got his bloodwork and other tests back. He does not have a UTI. and is holding his own. His kidneys are no worse. He was able to urinate but did not defecate any remainder overnight as the vet had hoped. He is receiving fluids and food and is comfortable but will have a second enema today and remain there until Friday morning.

Update: Lukas hit the jackpot and went on his own overnight. He is eating and drinking normally and enjoying a nap at present. He will receive additional fluids tomorrow morning before being discharged and brought home. I will post a final update then. Please keep him in good thoughts and thanks for your kind comments.

Final update: Lukas is home but a bit grumpy. so I will make his favorite dinner and hope his mood improves. Thanks again for your good thoughts and kind words. I'm hoping for a quiet night. 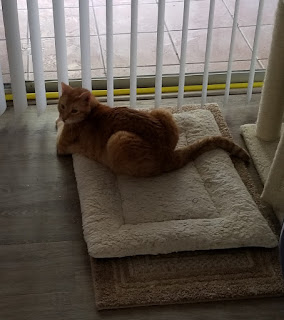 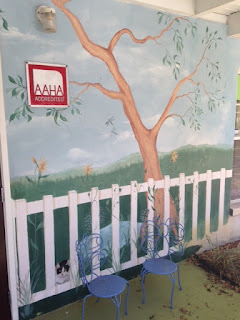 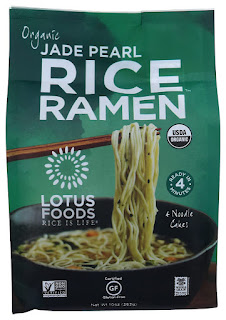 This was one of several ingredients in today's lunch, along with chopped cabbage, carrot and broccoli and some Bragg's Aminos .Filling. if a bit bland. I used what I had and appreciated the warmth.

What is your favorite spur-of-the-moment hot lunch?

Our first day with  the new ear meds went more smoothly than I'd imagined. The ear pill is given every twelve hours, the drops in each ear every twenty-four. The only hint of a fuss was when Lukas decided he'd had quite enough of the ear bath and began to shake his head. I closed the ear flap with my finger, produced one treat and then another containing his various pills, and after three bites with no objections, purring commenced. Having eaten an entire three ounce can of breakfast hours ago, he happily resumed warming my spot on the bed.

Nothing better than a cooperative feline friend.

My routine during the week is to pack Lukas off to the vets early morning on his designated days for fluids. Having given him his morning meds and breakfast and stashed him in his carrier, I went about changing his litter box, supplying fresh water and washing his food bowl, noting briefly that he seemed a bit grumpy. His pet sitter arrived cheerful and punctual and with their departure, I awaited a doorstep delivery of groceries.

When the mobile suddenly went off, I was not expecting a rather harried sounding member of the vets office. "We're concerned that Lukas isn't himself today," and peppering me with questions about food, meds, recent behavior at home and whether I had noticed anything unusual beyond this bout of grumpiness.

My first thought was renal failure, followed by blood pressure concerns, and I spent the time after this call alerting his pet sitter to the situation while awaiting a diagnosis from the veterinarian and inwardly telling myself not to panic.

Her call, when it came, was almost anti-climactic. She explained that Lukas appeared wobbly on his pins and while this could be due to any of several things, his weight, heart and blood pressure were fine. She, however, noticed him scratching his ear and checked for possible signs of infection, recommending a course of two medications and monitoring for vertigo. After getting his first doses there, he came home demanding more breakfast, lapping at his water and then promptly taking himself off for some beauty sleep. 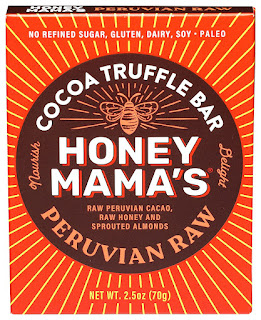 One of the best ingredients for a sweet day

Wishing you the same

Will the real Mr. X please stand up?

How many of you remember the American television show To Tell The Truth? It ran from the mid-fifties to the late sixties and featured Bill Cullen, Peggy Cass and Kitty Carlisle. As a panel, the actors and others would ask questions of appearing guests to figure out who was who, announcing their choice. The presenter would confirm or refute this, telling them and the watching audience who the "real" person was. Sometimes the panelists were right, but when they weren't. the results were often surprising or very funny.

In real life, however, attempting to tease out bits of information from individuals or paper records and put together the puzzle that is a life history can be both complicated and challenging. My almost axe-wielding two times great grandfather, whom I discussed in my previous post, is a case in point.

The genealogists at Ancestry have discovered his ruse. An identity cobbled together using bits of "true" information such as his mother's maiden name and a first name derived from a nickname for Malcom, the first name given him at birth by his parents. I now know his entire name, who his parents and siblings were, where he was born and the approximate year, whom he married in 1879 and was still married to and having children with when he met and then "married" my two times great grandmother and had children with her, raised under a name that was not his to bestow.

Thanks to DNA testing, and the YDNA provided by my maternal uncle, this and more will come to light and perhaps the descendants of both families will finally know of each other.

It is 2 AM Wednesday morning and having been summoned to consciousness by mother nature, I am writing or reading before getting back to sleep. My reading has been varied. After finding the genealogical mysteries of British author Nathan Dylan Goodwin and his contemporary of the same genre, MJ Lee. I've contentedly met the fictional characters of genealogists Morton Ferrier and Jayne Sinclair. If you enjoy this genre, you may like both series. I've gone on to decidedly non-fiction in the arena of DNA testing.

Speaking of this, all of the necessary DNA testing needed to unravel the backstory surrounding a great great grandfather on my mother's side has been completed. There was a surprise surname on the male line from his descendant with which none of us were familiar, so the mystery has deepened temporarily until the professionals build out trees and chase records, many of which are not digitized and are therefore unavailable online. This will likely take another six months. A tantalizing clue has emerged in the form of a couple but just how they fit in has yet to be established. The DNA also points directly to a particular area and so may also clear up questions as to where this man originated. He and his wife divorced after 1900 and. according to family lore, he was incarcerated for attempting to kill her with an axe, a sad testament to a life of addiction, among other things.

With my pet sitter off for the month of September and a replacement in place, I felt happy that the month would go smoothly. I could not have been more mistaken. The first weekend, Lukas had an unscheduled visit to his vet which took several hours and resulted in a phone call asking me if I knew what was taking so long. The pet sitter had taken him in as a drop off, returning to get him later. Asking me on speaker phone when she arrived there resulted in the woman at reception chiming in that I was lucky to get him in at all because they were very busy. I thanked her and let the matter drop. Then there were various small complaints about traffic as well as turning up early, not calling as originally requested so that I was masked and Lukas was at the front door ready to go. This was followed by several remarks about his weight because the carrier seemed heavier to her and her telling me that she had between 80 and then 200 pet visits scheduled for October. She also did not hear from me on Thursday after a major hurricane to let her know if the vet would be open Friday. As the vet had closed and there was no information on the outgoing message and I had told her that the vet was unsure about opening Friday. I am not sure what else I might have done in that situation.

The upshot was that I could not expect anything more from her past today and I should refer to a specific internet site should the need of a pet sitter arise in the future as she would be unavailable. I should note that she never had a problem cashing my checks. My requirements were only that she show up masked and pick Lukas up for transport. The vet is one mile from my home and the appointment for fliuds normally takes about twenty minutes. I also asked that she call to let me know she was on the way so that I could be masked. something she quickly ignored. While she was very nice and clearly liked cats, she apparently did not enjoy this job. I do not have any sway over traffic, lights, the number of appointments my vet has or any emergencies. I also have no control over how many jobs this woman books for herself and should not have to hear about any of that. As for Lukas, he weighs twelve pounds and if that was going to be problematic, she could have let me know sooner rather than later.

I am thankful she was here and like the hurricane she has gone.

Himself awoke me at 4 AM with snuffling noises. I believe he fell asleep face down ans was struggling to breathe. All is well now. I must get more sleep...