Sunrise On The Beach... 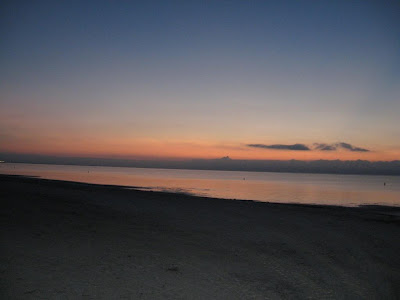 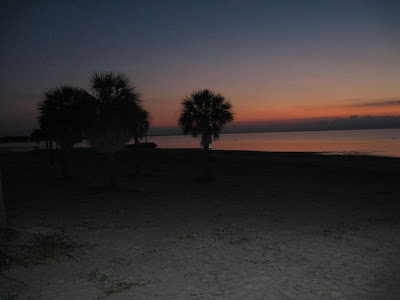 These two sunrise beach shots were taken by a friend on an outing we took together last September. As I sat wrestling my digital camera from its box, searching for batteries, my friend, who loves photo outings as much as I, snapped these. I love the beach but rarely have the energy to get up at 5 A.M. on a weekend. Driving through darkness to reach our destination was quiet as the normally bumper-to-bumper traffic was non-existent.
There was something peaceful, yet invigorating, about that morning on the beach. A light wind, the faint scent of salt and sea, and little traffic, human or otherwise, brought to mind images of the old Florida of my early childhood visits to the U.S.
In those days, mom-and-pop seafood eateries and low-rise, fifties-style motels dotted the landscape in many beach communities and it wasn't unusual to see picnics spread on blankets in the sand or kids with buckets building castles of various configurations that they would eventually knock over with glee.
Unlike the beaches of my childhood home, which rested on the whitest sand I'd ever seen and had depths of azure that one could see into, this one featured lots of bits of glass, stone and leaves. Later, I spied a wedding being set up behind us, a few dogs walking humans and some kids picking up litter...

The vagaries of weather are intense here. Drought, followed by ten days of rain, finally rewarded with a beautiful, clear and balmy afternoon. The rains unfortunately herald the hurricane season, a six-month span most of us would rather do without.

Afternoons such as this remind me of the pleasures of living in the moment, simply breathing and enjoying, without a thought to other concerns. I wish you all the same.
More photos will appear after I get new batteries for the camera.
Posted by e at 11:27 AM 21 comments:

Well, That Was Interesting... 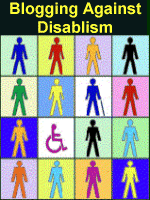 For those of you who wondered if I would ever re-surface, I am back. Life here has been interesting. Apart from having to call my insurer and a vendor several times regarding co-pays and claims that were mishandled by the insurer, my feline friends have been under the weather as well, leaving me all sorts of interesting conversations with their veterinarian.

One of them, my geriatric Siamese, has developed behavioral issues since losing her companion cat last March, so sleep at our house has been at a premium, sometimes leaving me exhausted and now often pissed off. She has been taking anti-anxiety medication for the last two months and her nightly yowling, which the neighbors have gently commented upon, has ceased, but other problems remain. She knocks over lamps, books and other objects, jumps from floor to desk and back again and hides beneath the center of the bed when she knows I want to put her out of the bedroom because she realises that I'll not be able to reach her. My attempts to leave all three cats out of the bedroom all the time resulted in such a din from the others that I've given up. For a few nights, I've even resorted to sleeping on the livingroom futon and leaving the brood in my bedroom with the door closed just so I could get some sleep. My Siamese has been checked for a litany of possible medical conditions and is healthy.

The vet has suggested another medication, Elavil, to relieve anxiety and increase sleepiness in my attention-seeking Siamese, who gets a lot of play time, lap time, food, toys and sun-porch during the day. At this point, I may need the med as I am run down and have succumbed to a cold.

Apart from these things, the chair is still pending, as the paperwork has been submitted for approval and depending upon outcome, we see whether appeals are necessary before it actually gets made according to my measurements and other specifications. In the meantime, using the folding manual, which is clunky and heavy by comparison, has resulted in repetitive stress injury to my right wrist, which is exacerbated by computer use, so I've been keeping that iced and braced, and avoiding the computer.

I am in communication with other bloggers who use chairs and all have been very helpful with a variety of issues. My friendly neighborhood mental health professional assures me that all will eventually be sorted. I know she's right, but it's taking a bloody long time, and there's more to come.

I will get to catching up, though comments may be sparse due to the wrist situation. Thanks for your understanding and the various messeges and post cards that have found their way to me. They are appreciated.
Posted by e at 12:23 PM 19 comments: